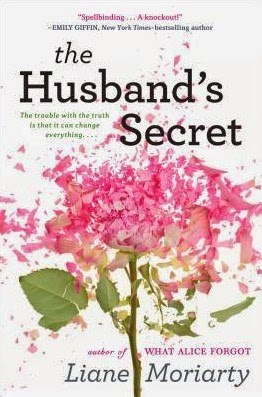 This one will suck you in. The Husband's Secret by Liane Moriarty is thrill. When I picked this up, I honestly thought that it would be a nice, relaxing, easy beach read. Instead it was thoughtful, provoking, suspenseful, and a bit nerve-racking at times. I can't even tell you the last suspenseful book I read (I develop slight anxiety while watching rose ceremonies), so this was definitely different for me. But I LOVED it. It might not have been a breeze, but I could not put it down.

We are introduced to three lovely, normal women that become linked in very meaningful ways. Our main character, Cecilia, has a seemingly amazing life. A sweet hubby, three darling daughters- what more could you want? Then one day she finds a letter written by her husband that is only to be opened after his death. Well, clearly no sane woman is going to wait for that, and everything Cecilia has come to know has been forever changed. Now... I can't tell you anymore, you'll have to learn the secrets yourself!

read more & buy
Posted by A Twenty Something Reader at 8:42 AM 2 comments: 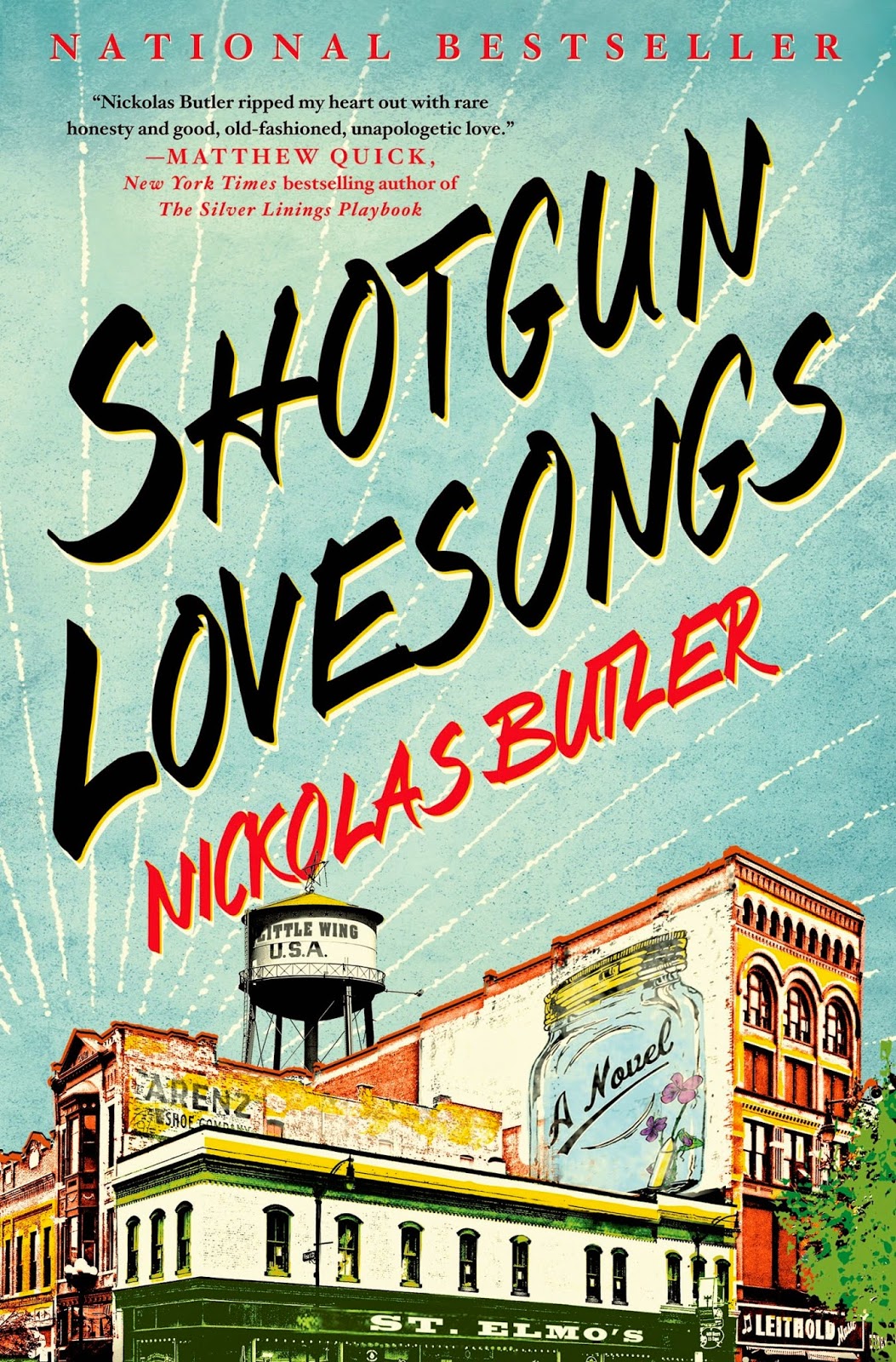 I may be from California, but my family all hails from the great heartland of Iowa. To me, there is something romantic about open plains, small towns, picket fences, and friendly neighbors, so when I read the intro to Shotgun Lovesongs by Nickolas Butler, I was hooked. Not only did the book satisfy my Midwest fantasies and real-life expectations (there must be a reference to a Lutheran church to guarantee authenticity), but it gave me a slight motivation to move to Wisconsin. I'm serious.

The novel follows a group of four friends from the small town of Little Wing, Wisconsin. They all handle small-town life differently, and it was easy to identify with aspects of each of the characters. I don't normally enjoy reading books from a variety of character perspectives, but I loved the way he made it flow with no abrupt stops or superfluous backstories. Most importantly though, you can feel the friendship and love, and that is what makes it a great read.

read more & buy
Posted by A Twenty Something Reader at 8:13 AM No comments: I'm not quite finished with A Star for Mrs. Blake by April Smith, but I'm really enjoying it so far. It's a perfect read in honor of Memorial Day! Happy reading and remembering!
A description from Knopf...
The United States Congress in 1929 passed legislation to fund travel for mothers of the fallen soldiers of World War I to visit their sons’ graves in France. Over the next three years, 6,693 Gold Star Mothers made the trip. In this emotionally charged, brilliantly realized novel, April Smith breathes life into a unique moment in American history, imagining the experience of five of these women.

They are strangers at the start, but their lives will become inextricably intertwined, altered in indelible ways. These very different Gold Star Mothers travel to the Meuse-Argonne American Cemetery to say final good-byes to their sons and come together along the way to face the unexpected: a death, a scandal, and a secret revealed.

None of these pilgrims will be as affected as Cora Blake, who has lived almost her entire life in a small fishing village off the coast of Maine, caring for her late sister’s three daughters, hoping to fill the void left by the death of her son, Sammy, who was killed on a scouting mission during the final days of the war. Cora believes she is managing as well as can be expected in the midst of the Depression, but nothing has prepared her for what lies ahead on this unpredictable journey, including an extraordinary encounter with an expatriate American journalist, Griffin Reed, who was wounded in the trenches and hides behind a metal mask, one of hundreds of “tin noses” who became symbols of the war.

With expert storytelling, memorable characters, and beautiful prose, April Smith gives us a timeless story, by turns heartwarming and heartbreaking, set against a footnote of history––little known, yet unforgettable.
BUY
﻿
Posted by A Twenty Something Reader at 7:18 AM No comments: 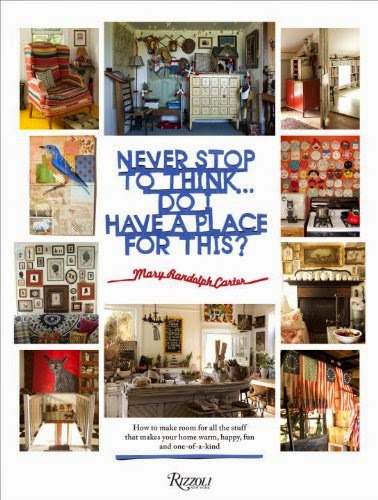 I could go on and on about how much I love what this books stands for, but I'll keep it simple. More is more, people. Happy Sunday!

Read more about Never Stop to Think... Do I have A Place For This? by Mary Randolph Carter & BUY

Posted by A Twenty Something Reader at 9:12 AM No comments: 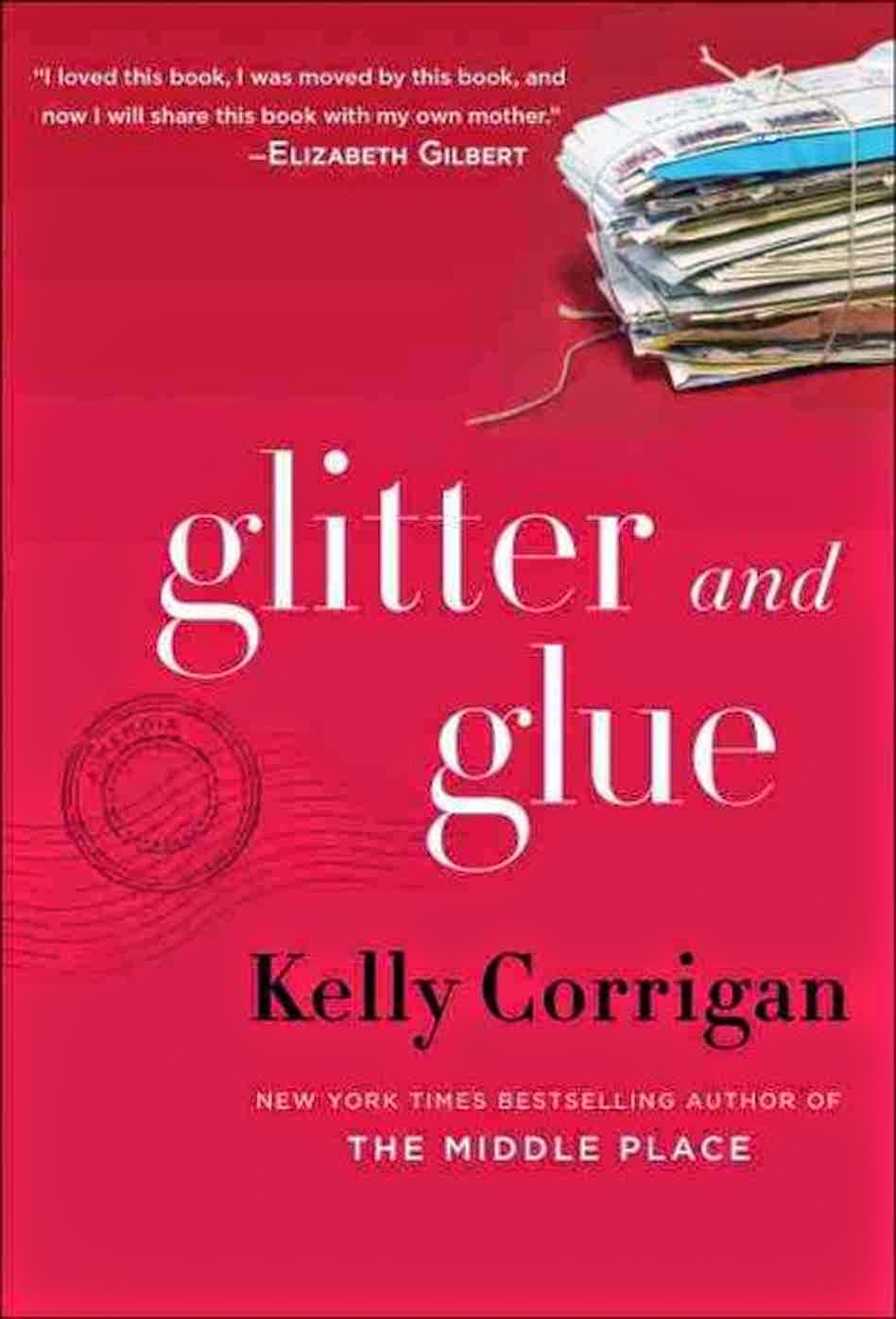 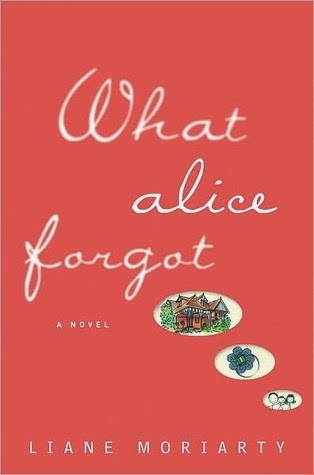 I love recommending books to my mom, so this year I thought I would send a couple her way for her special day. I'm currently reading What Alice Forgot, and I knew my mom would love it, so that one was easy. But then I also wanted to include some type of not-so-cheesy-mother-daughter book, and thankfully, I stumbled upon Glitter and Glue. I can't wait to hear how she likes them! Happy Mother's Day!
Posted by A Twenty Something Reader at 6:51 AM No comments:

Madam: A Novel of New Orleans 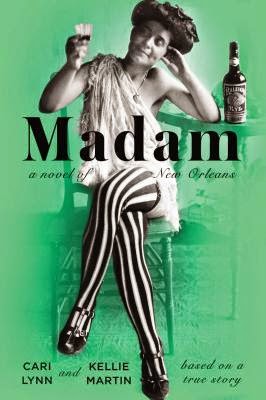 I love going to New Orleans. Yes, the city has its flaws (like having to be thoroughly scrubbed down each morning), but there is really nothing that compares. The food, music, and architecture are just too delicious to resist. Have a Pimms Cup from the Carousel Bar and I promise you'll be back. So when I saw this curious cover at my local bookstore, I gave in. And boy was I in for a ride.

Cari Lynn and Kellie Martin make New Orleans circa 1897 come to LIFE. The people (quite promiscuous people, at that) and locations are so vividly described that I felt as though I were watching from my hotel room (obvs The Ritz on Canal). Although, come to think of it, I wouldn't really want to watch everything, seeing as how this is a novel about madams, but I digress. This was a stunning glimpse into a time when the city was a different place.

This novel is a perfect example of how incredibly NOT boring historical fiction can be. Pull up your stockings, dab on some rose oil, and settle in for a treat (no, not that kind)...

read more & buy
Posted by A Twenty Something Reader at 9:00 AM No comments: 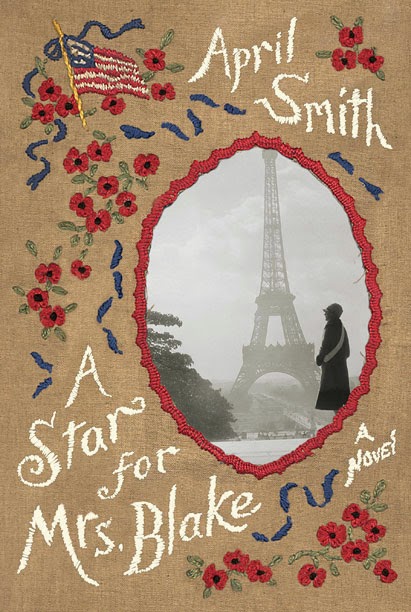 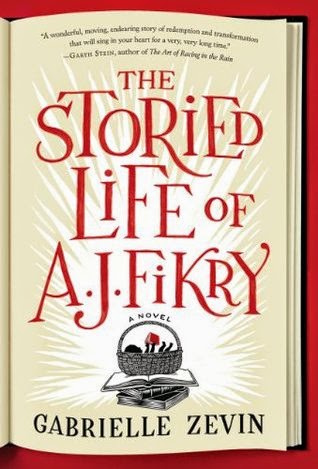 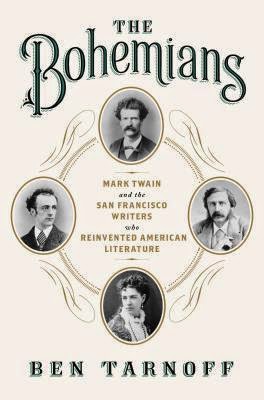 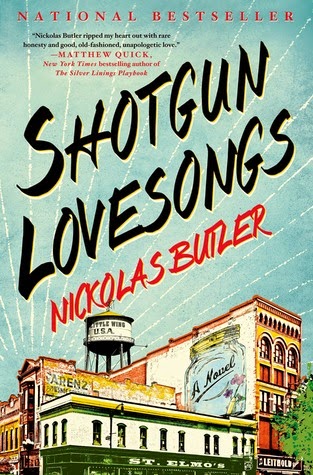 A Star for Mrs. Blake by April Smith

The Storied Life of A.J. Fikry by Gabrielle Zevin

The Bohemians by Ben Tarnoff


Posted by A Twenty Something Reader at 8:30 AM No comments:

A Twenty Something Reader
Hi! I'm Mari, the twenty-something girl who wants to share all her favorite books with you! Now that I'm done with college and law school, reading isn't my full time job anymore, but it's still my favorite pastime! With little extra time during the week, why waste time on books that never seem to end? Follow me and my reading journey to the best books around!